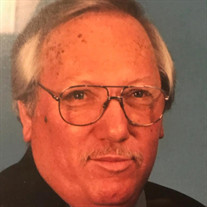 William Alexander Wylie, Jr., joined the choir celestial on September 18, 2020. He’ll be the one singing that low, low note. A 2:00 PM Graveside Service will be held Thursday September 24, 2020 at Pleasant Grove Presbyterian Church Cemetery with Reverends Clint Davis and Buzzy Elder officiating. Alex was born on October 1, 1938, in Dorchester County, South Carolina. According to family legend and his own report, by the age of five he was riding the bus from North Charleston to Charleston proper by himself to go to the movies every Saturday afternoon. His love of movies stayed with him throughout his life, particularly westerns. He went on record several times to say that the remakes of True Grit, The Magnificent Seven, and most particularly 3:10 to Yuma were abominations which ought never to be mentioned. He was also a voracious reader throughout his life. This love of story he inherited from his own parents and shared with his siblings was a gift he obviously passed on. The people he considered his beloved children includes three professional writers, two educators, an artist, and a librarian. Alex graduated from The Citadel in 1960, one of the proudest achievements of his life. He was always proud to wear The Ring. While stationed with the Army at Fort Lee, Virginia, he met the love of his life, Anita, and they married in 1963. Theirs was a long and happy marriage which produced three smart-alecky daughters and lasted for 45 years until Nita’s death in 2008. The aforementioned daughters are glad to know they are together again. But they do feel kind of bad for Patrick Swayze, who has almost certainly lost his favorite dance partner. After the Army, Alex went to work as a bookkeeper. He eventually found his work family at Central Piedmont Community College in Charlotte, North Carolina, where he served as assistant comptroller for many years and made many lifelong friends. When he retired early, faculty and staff staged a sit-in on the campus lawn to protest. That was another proud day. After he retired, Alex opened his own freelance bookkeeping business in his hometown of Chester, South Carolina, but he never had an office. He visited his clients where they were or met them at Gene’s Restaurant where he became as much a fixture as the cans of “potted possum” on the shelf over the hot bar. Even his kids knew, if you can’t find Daddy anywhere else, call down to Gene’s. He loved working with and supporting small, local businesses and probably helped more potential barmen acquire liquor licenses than anyone else in the history of the state. He loved and respected all his clients and cherished their friendship. He is probably putting in a good word for their continued success right now. Because despite his long and storied association with honkytonks, Alex was very much a man of faith. He was a lifelong member of the Chester ARP Church and held all the pastors who have served there during his adulthood in the dearest center of his heart. In addition to singing bass in the choir, he served as treasurer for the church for many years. He was also an enthusiastic and reportedly quite entertaining Sunday school teacher. (His daughters would like to take this opportunity to say that while they have always had mixed feelings about being used so often as cautionary examples, they confess that most of the stories were true.) On one memorable occasion, he wore a turban fastened with his wife’s fake ruby brooch to play a Wise Man in the Christmas pageant. As he recalled, he brought the frankincense. In addition to Anita, Alex was preceded in death by his beloved parents, Bill and Marietta Wylie; his parents-in-law, Hike and Evelyn Counts; and his brothers-in-law Ainsley Grant and John Henson and Pete and Phil Counts. He left us with a sure knowledge that he was about to see them again. He was also pretty sure that when he got there, Phil would need a ride. He is survived by three daughters (Jessica Glanville, Sarah Johnson, and Rachel Johnson), three sons-in-law (Justin Glanville, Derek Johnson, and Tally Johnson), a daughter of his heart (Marcia Addison), and a most cherished grandchild (Kathryn Johnson). He is also survived by his sisters (Sarah Grant, JoAnn Henson, Marietta Turner, and Miriam Butler) and his brother (David Wylie), his sisters-in-law (Kathryn McGovern, Neina Counts, and Sandra Wylie), his brother-in-law (Terry McGovern), a sister not of blood but of choosing (Alice Addison), and many nieces and nephews. Alex was a loving husband, a wonderful father, a devoted son and brother, a loyal and unwavering friend. He was a faithful servant of his fellow man and of his God. We know that he has left us for a better place. But we will surely miss him. Memorials may be made to Chester Associate Reformed Presbyterian Church PO Box 174 Chester, SC 29706. Online condolences may be made to the family at www.barronfuneralhome.com.

The family of William Alexander "Alex" Wylie Jr. created this Life Tributes page to make it easy to share your memories.