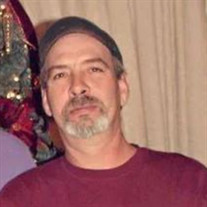 Chester Mr. Charles Dewayne “Wayne” Bell, 56, died Sunday, December 26, 2021 at Chester Medical Center. A memorial service will be held 6:00 PM, Thursday, December 30, 2021 at Barron Funeral Home with Rev. Jay Dorsey and Rev. Don Etters officiating. Interment will be private. The family will receive friends immediately following the service until 8:00 PM. Mr. Bell was born April 18, 1965 in Chester, SC and was a son of Charles William Bell, Jr. and the late Gretta Biddix Bell. He received his high school diploma through the GED program. He was employed with Technology Equipment Distributors in Chester and earlier in his career with Essex Corporation, Seagraves and Carowinds. Wayne was a member of Chester Drag Racing Association for many years. He was involved in racing for most of his life. He is survived by his wife of over 34 years, Teresa Smith Bell; two children, Jeffery DeWayne “Jeff” Bell (Lauren) of Chester, SC and Justin Cole Bell and his fiancée Amanda of Greenville, SC; one brother, Michael Bell of Chester, SC; two nephews, Maverick Cole Bell and Michael Bell both of Chester, SC. Mr. Bell was preceded in death by his mother, Gretta Biddix Bell and a sister, Diane Bell. The family would like to say a heartfelt thanks to Wayne’s racing friends and family. Memorials may be made to The community Church, 186 Saluda Street, Chester, SC 29706. Online condolences may be made to the family at www.barronfuneralhome.com

The family of Mr. Charles "Wayne" Bell created this Life Tributes page to make it easy to share your memories.