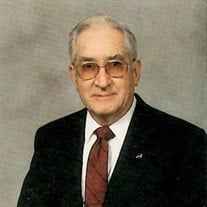 Newport News, VA—William Alvin Byars, Jr., 89, died Tuesday, June 14, 2016 at St. Francis Nursing Center in Newport News after an extended illness. He leaves as survivors Ronald Byars, an only son living in Hampton, VA, a brother, George H. Byars of Winston Salem, NC, a granddaughter, Leah Byars, a grandson, Eadmund “Graham” Byars, and cousins “Noppy Frazer, Nancy C. Anderson, Betty Anderson, Gene and Virginia Strickland, Stan and Susanne S. Nazian of Chester and Tom Faulkner of Myrtle Beach, SC. A resident of the Virginia Peninsula since 1948, he was born on September 22, 1926 and raised in Lowrys, SC. Family knew him as “Billy”, and later shortened that to “Bill”. Mr. Byars led a full life throwing himself into many ventures throughout the years. He served 42 years in many facets at N.A.S.A, Langley, Hampton, VA during the time that space travel became established for the first time. Earlier, he served active duty in the U.S. Army during W.W. II throughout the Pacific Theater for 18 years, proudly serving his nation. During the 60’s, 70’s and 80’s, off and on, he found a new branch of the military in the U.S. Coast Guard to serve as an auxiliary worker and reservist. Mr. Byars attended Clemson University and was trained in aviation repair before the war, at Cal. Alera Technical School, in Glendale, CA. He was a member of Bethel Baptist Church in Yorktown, Va. He also was associated with the Masons at St. Tammany’s Lodge, No. 5, A.F. & A.M. in Hampton, Va. and was a lifetime member of the Disabled American Veterans. A memorial service will be held at Amory Funeral Home in Grafton, Va. officiated by the Reverend Doug Echols on Friday June 17, 2016 at 7 p.m. Interment will be held on Saturday June 18, 2016 at 2 p.m. in Chester, SC at the Evergreen Cemetery. Barron Funeral Home is serving the family locally.

The family of Mr. William Alvin Byars, Jr created this Life Tributes page to make it easy to share your memories.