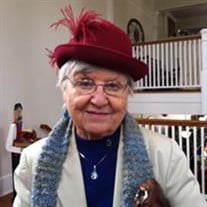 JOAN GAIL OSTEDT CURTIS CHESTER, SC: Much beloved Joan Gail Ostedt Curtis, (aka “Tweak,”), 84, passed away Tuesday, July 30th, 2019, at her home, surrounded by family and love. Memorial services will be held on September 14th at 1 PM, at the Chester ARP Church, 159 Wylie Street, Chester, SC, with Pastor Clint Davis officiating. Born March 1st, 1935 in Cicero, Illinois, Joan was the daughter of the late Dorothy K. and Elmer Ostedt. She graduated from Morton High School and studied English and Home Economics at Valparaiso University. There, she met a young Navy veteran recently returned from the Korean War, Robert (Bob) Eugene Curtis, during a fraternity prank, fell in love and married in 1956. As she raised her three children, Joan went back to school and graduated from Southern Illinois University-Edwardsville, with a major in education. She worked as an elementary and middle school teacher, often as a much sought after long-term substitute. During her career, she taught in Illinois, South Carolina and Florida public schools, and volunteered as an ESL tutor. Joan’s special gifts included the ability to make a house a home; the grace of being that one trusted relative or friend who could connect with everyone and follow-up with phone calls, cards, and home baked goodies; her magical green thumb and lay-botanist expertise; and her infamous quilts that she tailored to each individual’s favorite colors or personal designs. Her three most sacred places on this earth, no matter where she lived, were her church and faith community, her kitchen and her garden. To all, Joan was the rock and cornerstone of her family, known for her unbreakable belief that “it will all work out,” and her customary concern after finishing one of her delicious meals, “Did you have enough to eat? Do you want a ham sandwich?” Joan is survived by her brothers Bob McKinley and wife Renee, (at Spring Green, WI); Tom McKinley (at Los Angeles, CA); and Jimmy McKinley and wife Judy (at Twin Lakes, WI); her husband, friend and partner of 64 years, Robert “Bob” Curtis, (at Chester, SC); two daughters Cynthia (at Lancaster, SC) and Susan (at Fort Lawn, SC ); son John Curtis and wife Mary Ann Curtis, (at Melbourne, FL); grandchildren Danielle Curtis (at Colorado Springs, CO); Sabrina Williams, husband Clark and baby great-grandson Jace (at Savannah, GA); Elizabeth Anderson (at Orlando, FL); Jacinto Pena Curtis (at Lancaster; SC); Jose Amel Pena Curtis (at Fayetteville, NC); and Heather Eddy, husband Rob, sons Robby and Titus (at Oil City, PA). She was preceded in death by brother Kenneth McKinley (at Lyons, IL). Memorial donations may be made to the Chester ARP Church, PO Box 174, Chester. Barron Funeral Home in Chester is serving the Curtis family. Online condolences may be made to the family at www.barronfuneralhome.com

The family of Joan Gail Ostedt Curtis created this Life Tributes page to make it easy to share your memories.