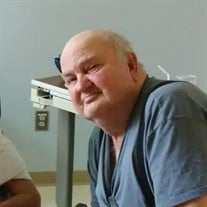 Chester, SC: Mr. William Lee “Bill” Enix, 81, died Friday, February 16, 2018 at the Chester Regional Nursing Center. The family will receive friends from 1:00 PM – 2:00 PM Tuesday, February 20, 2018 at Barron Funeral Home. The funeral service will follow at 2:00 PM at Barron Funeral Home with Rev. Ronnie Greene officiating. The interment will be in Evergreen Cemetery. Born April 22, 1936 in Whitmire, SC, Mr. Enix was a son of the late Dewey and Myrtle Johnson Enix. He attended the schools of Whitmire, SC and was retired from Springs Industries after forty-eight years of service. He was a veteran of the U.S. Army and was a member of The Community Church. He loved to work and restore old cars and play the guitar and sing gospel music. He was preceded in death by two sons, MSGT Donnie Ray Enix and Junior Enix, one grandson, Corey Ray Enix and four sisters, Gertrude Robinson, Vera Rochester, Ruby Love, and Ruth McCarley. He is survived by his wife of sixty-two years, Shirley Sims Enix; two daughters, Jeri Enix (fiancé Ronnie Kimbrell) of Chester, SC and Teri Dickinson of Dallas, TX; one son, Mark Horne (Chris) of Pageland, SC; six grandchildren, Jessica Graham, Ross Enix, Jason Sellers, Tiffany Horne, Michael Horne and Mark Horne, Jr.; ten great grandchildren; one sister, Jean Partain (Troy) of Chester, SC and Bobby Enix whom he loved as his brother. The family would like to say a special thank you to Randy Hensley who has been a tremendous help in caring for our father and mother during these tough days. They would also like to say a heartfelt thank you to his nurse Heather who served our family beyond the call of duty. Memorials may be made to The Community Church, 186 Saluda Street, Chester, SC 29706.

The family of Mr. William Lee "Bill" Enix created this Life Tributes page to make it easy to share your memories.