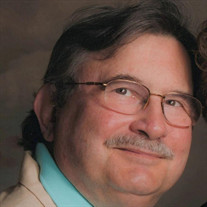 Neil Carmichael Collins III, A.K.A “Coach” or “The Admiral” was born in Oxford, NC on February 13, 1948 and died on February 21, 2022 in Charleston, SC. A Memorial Service will be held 2:00 PM Sunday, February 27, 2022 at Purity Presbyterian Church with Reverend Jason Myers officiating. The family will receive friends Saturday, February 26, 2022 from 2:00 until 4:00 PM at Barron Funeral Home. A private burial will be held in Sumter, South Carolina. He grew up in Rowland, NC and Hastings, FL. He graduated from Rowland High School in 1966. He was president of his senior class and played on the football team. He was selected All Conference and MVP his senior year. He continued his education at Campbell University, earning a B.S. degree in history in 1970. He also earned a M.Ed. from the University of South Carolina in 1979. He proudly spent 35 years teaching in the public schools of Sumter and Fort Mill, SC while coaching football and wrestling. Neil is survived by his wife, Anne B. Collins, daughter Ashleigh Collins Mullinax (Jason), grandson Henry Cordes Mullinax of Carboro,NC, James Stuart Holladay of Charlotte, NC, Erin Holladay Stone (Jason) and grandchildren Max Xaviar and Zoe Alexis Stone of Buderim, Australia, sister Judith Collins Millar Jim Millar, deceased) of High Point, NC, and extended family Lydia Unsworth, Cody Palmer and many nieces, nephews and cousins. He was predeceased by his first wife, Elizabeth Palmer Collins, father Neil C Collins Junior, and mother Dorothy Dove Collins Kirkpatrick and step father. J. Mills Kirkpatrick. Neil was an avid sportsman who loved golf, NASCAR, University of South Carolina football, and boating. He was a member of several organizations: USPGA, Sons of Confederate Veterans, and was an elder at Purity Presbyterian Church where he also sang in the choir. He was inducted into the Darlington Raceway Fan Hall of Fame in 2017. He loved history and was an avid reader of biographies of both sports and political figures. Neil was proud of his classic cars – “The Purple Haze”, his 1994 Corvette, and “The Golfmobile”, his 1987 Blazer. He loved his pets and enjoyed working in the yard, especially mowing the grass to look like a golf course. He had a deep love for his second home, Mansion II at Porcher’s Bluff, Mt. Pleasant, SC which he and his brothers-in-law built after Hurricane Hugo took the first house. Many happy hours were spent there with family and friends. In lieu of flowers, donations can be sent to Purity Presbyterian Church , PO Box 278, Chester, SC 29706 or The American Cancer Society. Online condolences may be made to the family at www.barronfuneralhome.com.

The family of Neil Carmichael Collins III created this Life Tributes page to make it easy to share your memories.

Neil Carmichael Collins III, A.K.A “Coach” or “The Admiral” was...