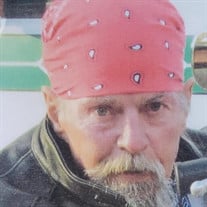 Chester Mr. Clarence Carlton “Roscoe” Wheeler, 76, died Wednesday, April 6, 2022, at Piedmont Medical Center. A Celebration of Life with full military honors will be held at 3:00 PM Sunday, April 10, 2022, at American Legion Frank Roach Post 34, 524 Heckle Blvd., Rock Hill, SC with Mr. Sonny Hancock officiating. The family will receive friends immediately following the Celebration of Life service at the American Legion. Mr. Wheeler was born March 8, 1946 in Whitmire and was a son of the late Clarence Wheeler and Dorothy Anna Wright Estes. He attended the schools of Newberry County and was a veteran of the U.S. Army having served during Vietnam where he received the Bronze Star for Actions Above and Beyond the Call of Duty. Roscoe enjoyed playing guitar and singing and was previously a member of a band. His passion was riding his 1995 custom Softail Harley Davidson. He was a member of American Legion 34. He is survived by his wife of more than 10 years, Kathie Jo Danieley Wheeler; one daughter, Jennifer Wheeler of Chester; two grandchildren, Darien Wheeler and Raven Wheeler both of Chester; one sister, Nancy Brown of Lancaster; one stepdaughter, Lexi Haggerty of Rock Hill; and several nieces and nephews. In addition to his parents, he was preceded in death by two sisters, Ginny DeVatt and Dawn Taylor. Those who would like to make Roscoe’s ‘Last Ride’ should meet Sunday, April 10, at 1:00 PM in the Health Department parking lot beside Barron Funeral Home, 133 Wylie St., Chester, SC. Kick stands up at 1:30 PM. Memorials may be made to RTSC1 PO Box 2615 Rock Hill, SC 29732 or American Legion Post 34, 524 Heckle Blvd., Rock Hill, SC 29730. Online condolences may be made to the family at www.barronfuneralhome.com.

The family of Mr. Clarence C. "Roscoe" Wheeler created this Life Tributes page to make it easy to share your memories.