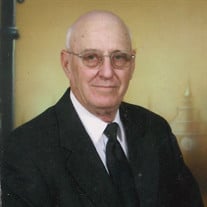 Chester Mr. William Larry Greenwood, 75, died Wednesday, August 29, 2018, at his home. Funeral services will be held at 2:00 PM Saturday, September 1, 2018, at Saluda Street Church of God with Rev. Scott Vaughn officiating. Interment will follow in Chester Memorial Gardens. The family will receive friends from 1:00 PM to 2:00 PM on Saturday at Saluda Street Church of God. Mr. Greenwood was born October 16, 1942 in Lafayette, Georgia and was a son of the late Jerry Edward Greenwood, Sr. and Rosa Bell Helton Greenwood. He was a graduate of Chester High School and York Tech. Mr. Greenwood was a retired veteran of the U.S. Navy having served during Vietnam and was also retired from Sun Chemical. He was a member of the S.C. State Guard and was a recipient of the Quilt of Valor. During his Navy career, he was stationed aboard the USS “NOA” (DD-841) which was the ship that picked up astronaut John Glenn in the Atlantic near Grand Turk after his historic Mercury flight. He was a member of Saluda Street Church of God where he served as church clerk for over 20 years. Larry was also a Trustee of the church, was active in the Gospel Tones and many other activities of the church. He is survived by his wife of over seven years, Patricia Sawyer Lindler Greenwood; one son, William Darrell Greenwood (Becky) of Chester; two step sons, Joey Lindler (Robin) of Chester and Michael Lindler of Rock Hill; eight grandchildren, Garrett Greenwood, Dustin Greenwood, Devyn Greenwood, Jared Lindler, Zack Lindler, Chase Lindler, Dylan Lindler and Levi Lindler all of Chester; one great granddaughter, Alexis; one brother, Ronnie Greenwood (Eva) of Chester; and numerous nieces and nephews. Mr. Greenwood was preceded in death by a daughter, Candace Ruth; his first wife, Barbara Jordan Greenwood; two sisters, Helen Bearden and Lola Coleman; and one brother, Jerry Greenwood. Memorials may be made payable to Saluda Street Church of God, P.O. Box 633, Chester, SC 29706. Online condolences may be made to the family at www.barronfuneralhome.com.

The family of Mr. William Larry Greenwood created this Life Tributes page to make it easy to share your memories.