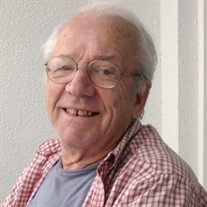 Chester, SC: Wallace Leslie Orr, 83, died Monday January 10, 2022 at Piedmont Medical Center. Arrangements are pending and will be announced later. Mr. Orr was born in Chester, SC on October 6, 1938 and was a son of the late Robert H. Orr, Sr. and Agnes McGarity Orr. He was a graduate of Chester High School and attended Clemson College. Leslie was retired from Winn-Dixie as the Market Manager and meat cutter after over forty-two years of service and also worked after his retirement with Bi-Lo for over fifteen years retiring again at the age of eighty. Mr Orr was a member of Chester ARP Church and was a former member of St. Marks Episcopal Church, both here in Chester. At St. Marks, Leslie was a Junior Warden. As a younger man Mr. Orr was an elder and taught Sunday School at Pleasant Grove Presbyterian Church where he attended with his family growing up. He was former Chaplin of the Chester Jaycees and was also involved in the ministry of York Place Children's Home. Leslie enjoyed hunting and fishing with his grandsons Chris and Josh. In addition to his parents, he is preceded in death by his son Wallace Todd Orr and his daughter-in-law Judy McWaters Orr, his brother, Robert H. Orr, Jr and his sister, Lenore Orr Branham. He is survived by his wife of over sixty-two years, Bonnie Rape Orr, his son Jeffrey Robert Orr of Chester, SC, his daughter Leslie Marian Brooke Orr Cooper and her fiance' Jeromee of Lancaster, SC; five grand children Christopher Orr (Mechelle), Josh Orr (Annie) and Maverick Orr all of Chester, SC and Lizzie Orr of Great Falls, SC and Emma Cooper of Lancaster, SC; eleven great-grandchildren; his brother Hugh Wylie Orr of Chester, SC and numerous and nephews. Memorials may be made to Chester ARP Church PO Box 174 Chester, SC 29706. Online condolences may be made to the family at www.barronfuneralhome.com.

The family of Wallace Leslie Orr created this Life Tributes page to make it easy to share your memories.