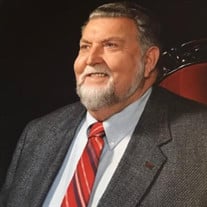 Chester Mr. Paul Clarkson, 91, passed away Monday, April 6, 2020, at his home. A private graveside service was held Friday, April 10, 2020, at Grandview Cemetery in Maryville, Tennessee. Due to current circumstances, the family will hold a Celebration of Life service at Bethel United Methodist Church at a later date. Mr. Clarkson was born December 18, 1928 and was a son of the late Charles Lloyd Clarkson and Sarah Virginia Carter Clarkson. He attended elementary and middle school in Rose Hill, VA and graduated from Jacksboro High School, Jacksboro, TN. Mr. Clarkson entered the U.S. Navy in June 1948 and was a Korean War veteran. He graduated from Deep Sea Diver School, San Francisco Shipyard in 1952 as an AD III and 2nd Class Diver. He enrolled in Santa Rosa Junior College in 1952 and attended East Tennessee State University from 1953 – 1956 and graduated with a B.A. in History. He received his M.A. in Elementary Education from Ball State University in 1959 and his Ed.S. in Administration from Winthrop University in 1982. Mr. Clarkson was Head Master of Friendsville Academy from 1964 – 1967 and served as principal of Brockman Junior High School (1967), College Street Elementary (1968-1971) and Southside Elementary (1971-1991) where he retired. He was active in Dixie Youth Baseball as coach and President and an active member of the Civitan Club, Lions Club and Toastmasters. Mr. Clarkson served as District Commissioner of the Boys Scouts for several years and was a dedicated member of Bethel United Methodist Church where he served on numerous boards and committees. Mr. Clarkson helped organize the Chester County Republican Party and served as Chairman for 30 years from 1967 – 1997. He served as state delegate to two Republican National Conventions – 1972 and 1996. He is survived by one son, Michael L. Clarkson (Della) of Rock Hill, SC; one grandson, Paul William Clarkson (Katherine) of York, SC; two great grandsons, Owen William and Finley Daniel; nephews, Thomas Davis (Teresa) of Maryville, TN and Tim Clarkson of Florence, AL; a niece, Lisa Bolt (Harold) of Social Circle, GA; one grand-niece, Courtney Davis; and four great-grand nephews. Mr. Clarkson was preceded in death by his wife, Sara Joyce Law Clarkson and a brother, Max B. Clarkson. Memorials may be made to Bethel United Methodist Church, P.O. Box 751, Chester, SC 29706. Online condolences may be made to the family at www.barronfuneralhome.com.

The family of Mr. Paul Clarkson created this Life Tributes page to make it easy to share your memories.