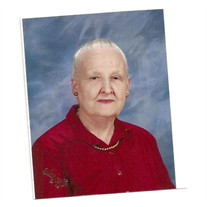 Chester Mrs. Mildred “Milly” Stucker Smith Prevatt, 93, died Friday, February 5, 2021, at Atrium Health Union in Monroe, NC. A private family service is planned. Mrs. Prevatt was born November 8, 1927 at Pryor Hospital in Chester, SC and was a daughter of the late Dudley Chase Smith and Maydelle Burrows Stucker Smith. She graduated Valedictorian from Chester High School Class of 1944, attended Furman University in Greenville, SC and graduated from Duke University School of Nursing in 1949 with a B.S. in Nursing. She married William English Prevatt July 8, 1949 at First Baptist Church in Chester. Milly worked as staff nurse at Rex Hospital in Raleigh, NC and during her husband’s employment with Westinghouse they lived in Pittsburgh, PA, Charlotte, NC, Atlanta, GA, Chamblee, GA and Birmingham, AL. In Birmingham, she was active in Crestline Baptist Church as WMU President and also taught Sunday School and Training Union and was also a Den Mother in Scouts. In 1962, they moved to Chester, SC where she was a homemaker until 1968. From 1968 to 1974 she was employed at Chester County Hospital, five years of which she was Director of Nursing. From 1974 to 1989 when she retired, she was employed as Nursing Instructor at Chester County Career Center. Milly was active in First Baptist Church of Chester. She was preceded in death by her husband of 58 years, William English Prevatt and is survived by one son, William Dudley Prevatt and wife, Victoria; one daughter, Cynthia Ann Prevatt; and one granddaughter, Katherine Marie Prevatt Smith and her husband, Patrick. Memorials may be made to First Baptist Church of Chester, P.O. Box 518, Chester, SC 29706. Online condolences may be made to the family at www.barronfuneralhome.com.

The family of Mrs. Mildred "Milly" Smith Prevatt created this Life Tributes page to make it easy to share your memories.