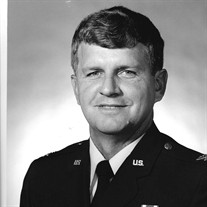 Lancaster, SC Fred Morgan Hicklin, Jr., 72, died Saturday, November 26, 2016 at Carolinas Medical Center in Pineville, NC after a sudden illness. A visitation service will be held 6-8 PM, Tues., Nov. 29th at Barron Funeral Home in Chester, SC. The funeral service will be held at 3 PM, Wed., Nov. 30th at Union ARP Church in Richburg, SC, with interment to follow in Union's cemetery with full Military Honors. Mr. Hicklin was born November 11, 1944 in Chester, SC to Fred and Phyllis Hicklin who predeceased him. He is survived by his sister Roxanne Hicklin of Raleigh, NC. In addition, he is survived by his three children, Morgan Dimou & her husband John of Richburg, SC, Mattie Hicklin of Fort Mill, SC, Mark Hicklin of Myrtle Beach, SC and three grandchildren, Riley, Silas and Kelsey. He also is survived by aunts, uncles, cousins and many close friends who were like family to him. Everyone in his life was very special. He obtained degrees in Textile Engineering from Clemson College in 1966 and a MS from Golden State University in 1986. He achieved the rank of Colonel in the United States Air Force and retired with 26 years of service. After retirement from the Air Force, he returned to his home town area and became a substitute teacher at Lancaster High School then later accepted the position of Attendance Clerk. As a sports fanatic, he became the "Voice of the Bruins" at most sports activities. Following the longtime Family Tradition set forth by his maternal grandfather and his mother, Fred was a Clemson fan through and through, attending all the home football games and supporting IPTAY. In Lieu of flowers, the family requests gifts in honor of his loyalty and enthusiasm for Lancaster High School Sports be made out to the Lancaster Athletics Department, 617 Normandy Rd., Lancaster, SC 29720

The family of Mr. Fred Morgan Hicklin Jr. created this Life Tributes page to make it easy to share your memories.