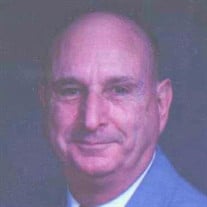 CHESTER, SC: Dr. Charles William (Bill) Brice, Jr., 97, died on Saturday, January 13, 2018 at his home. A graveside service will be held 11:00 A.M. Tuesday, January 16, 2018 at Evergreen Cemetery with Reverend Jason Myers and Rev. Dr. John Hunter Lamotte officiating. The family will receive friends at their home immediately following the service. Born June 30, 1920 in Chester, SC, Dr. Brice was a son of the late Charles William Brice, Sr. and Ruth Allison Brice. He attended Chester City Schools and graduated from The Citadel in 1941. He entered the US Army as a second Lt for a year tour of duty. This was extended by our country’s entry into World War II. He was discharged after the war with the rank of Captain with a promotion to Major after discharge. He then entered Tulane University School of Medicine and graduated in 1950 with an M.D. degree. He interned at Charity Hospital in New Orleans and in 1951 entered the practice of general medicine in Chester. He served several terms as Chief of Staff of Chester County Hospital and was a member of the Chester County Medical Society, South Carolina Medical Association, American Medical Association, Southern Medical Association and the American Academy of Family Physicians. He was a member of the South Carolina Board of Medical Examiners from 1975-1985 and served as its president from 1979-1981. He retired from the practice of medicine in 1987. He was a lifelong member of Purity Presbyterian Church where he served many years as Deacon and later as an Elder. He served one term as moderator of Providence Presbytery and was a commissioner to the General Assembly of the Presbyterian Church (USA) in 1989. He taught an adult Sunday School Class at Purity for many years, and after his retirement he taught a Bible Study class on Tuesday mornings that was quite popular. He is survived by his wife of over seventy years, Betty Hunter Brice; two sons, Dr. Charles W. Brice (Alice) of Brevard, NC and Dr. John W. Brice (Suzanne) of Augusta, GA. He was preceded in death by a son, Dr. Robert H. Brice and a brother, Homer A. Brice. Memorials may be made to Purity Presbyterian Church, PO Box 278, Chester, SC 29706.

The family of Dr. Charles William "Bill" Brice Jr. created this Life Tributes page to make it easy to share your memories.